Meeting with the Herbalist and the Shaman-Jan 23rd 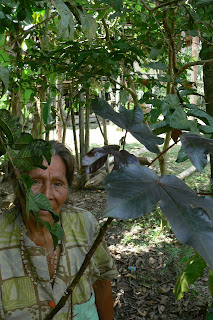 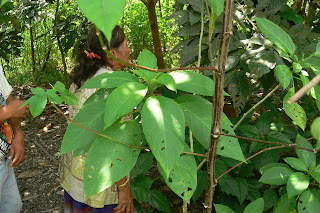 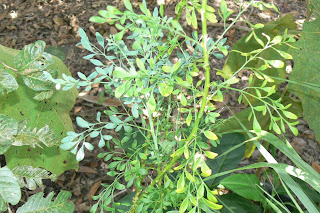 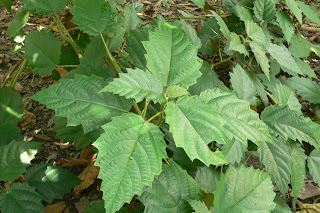 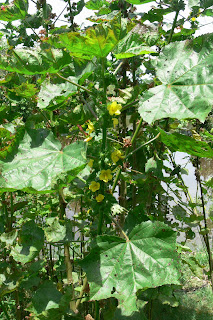 Since we were working on farina production sporadically this week, Christian made it possible for us to do some visiting with the Shaman and the Herbalist.

When we met the Shamanista, she explained she had learned many of the things she knew from her 1st husband who was a well known and respected shaman. She used to help him, by making the plant remedies for hist "patients", then she began her own spirit quests to become a shamanista.

Some of the primary plants she used were wild garlic and spondias mombim (also known as ubo chu chu huasi), both of which have lots of practical and spiritual uses. The difference between the Shamanista and the Herbalist, whose name was Romelia, was that the Shamanista communes with the plant spirits and the spirits of the gods. The Herbalist is a doctor of sorts who uses plant remedies to treat ailments from arthritis to the common cold. If someone put a spell on you you might want to visit the Shaman, whereas if you were suffering from nausea and headaches you would likely visit the herbalist first.

Here are some common plants and their uses in both the Shaman and Herbalist Gardens:

Bajaco caspi- Tree found in the emergent layer, women use after childbirth. Sap is mixed with warm water to drink and the leaves are used for a skin bath. The sap can also be used for hernias. As with many of the native remedies the patient must observe a strict diet while taking the medicine: no fatty foods, salt, alcohol, sex, peppers, no dark drinks (like soda), etc.

After childbirth women will take the bark of the tree, macerate it, and drink it with water every day for about 1 or 2 months to help in the healing process. Once again they must also observe a strict diet during this time period. It is used in the treatment of arthritis: the bark is mixed with honey and sugar cane rum, while observing a strict diet.

Spondias lumber has been used in the construction of furniture. It’s edible fruits look like plums and they are often used to make drinks, ice cream, or eaten raw.

Finally the fruit and the bark may be used as medicine, by mixing or macerating either or both of these with aguardiente (or firewater) letting it ferment and drinking

Spondias is a primary ingredient in Jungle Viagra. Apparently it works for both women (by making you fertile) and men, after I drank some ubos chu chu huasi at the Shamanista's home she commented that this time next year they would have news of me having a baby! (Not sure how I feel about this :)

Ayahuasca or Soul Vine- this is the most well known of medicinal plants in this region because it is used extensively by shamans to have visions and engage in the spirit quests that they need to embark on to treat their patients. (Banisteriopsis caapi)

Monkey Ladder Vine- The seeds of this cool vine are used as a diuretic, the stems are used in treating kidney ailments and artisans often use it in crafts. (Bauhinia guianensis)

Angel’s Trumpet- A primary ingredient in the mixing of Ayahuasca drink, the leaves are also sued to treat chest pain. (Brugmansia sp.)

Fever Tree- Used to combat fever, and as an additive in Ayahuasca. Primarily the bark and leaves are used. (Brunfelsia grandiflora)

Ceiba/Lapuna/Kapok- The silk is used on making blowgun darts, but also a brew made from its branches functions as a diuretic and emetic. (Ceiba pentandra)

Ficus Insipidia- Is used as a purgative, to treat worms and intestinal parasites, also rheumatism

Wild Garlic/Ajo Sacha- Usually leaves or bark are macerated and added to sugar cane rum. It is taken for a variety of cold symptoms and also for arthritis and asthma. (Mansoa alliacea)

Vismia/Pichirina (Iodine Tree)- The sap of this tree is used to treat sores and wounds. The sap has a sticky latex quality to it. (Vismia angusta)

Other plants that are used: Stinging Nettle, Lippia, Lasiadenia, Verbena, Toe (Brugmansia suaveolens), and Lime Leaves as a sedative tea

Other plants of interest:

The Water Vine/Puca Huasca- Puca means red, and huasca means vine. It is derived from quechua. If you can find this vine growing in the forest and cut into a section, you will find potable water. It is also called the “hangover tree/vine”. The water is sweet and woodsy tasting. If you taste the water and it tastes sour or bitter you have the worng vine!

Yuca can also be used medicinally. You would mix the toasted farina with water, put in a bottle and leave outside your door over night, then drink. This is a remedy for kidney inflammation.
Posted by Erika at 2:57 PM

Hi Erika - a baby this time next year??? does that mean we have a wedding in our future??? LOL!!! Dad